As Hugh Barter arrived at Circuit de Ledenon for the fourth round of the FFSA French Formula 4 Championship, he approached the weekend with a confident mindset, feeling calm,  motivated, and ready to charge.

Friday’s free practice session was straightforward and relatively uneventful for Hugh, as he familiarized himself with the track and tested different racing lines. Despite the damp and slippery conditions, the session proved that track evolution was strong and would come into play over the weekend.

Qualifying began later that day, and following his debrief with his engineer, Hugh was confident in his approach. However, he faced some unexpected challenges early on. After some initial laps, he came into the pits and was sitting third in the pit lane in order to attempt to get a tow from the drivers ahead once they set out on track. Unfortunately, an issue resulted in his car being stuck in sixth gear for the first five corners of the lap, dropping him further back to the point where he lost both track position and the tow from the competitors ahead. Hugh reacted quickly by changing his initial qualifying strategy to recover and ensure a decent starting position for the first race.

Excluding the slight gear problem, in general he felt very comfortable around the entire track, with only one specific section that required driving adjustments on his end, but he viewed it as a learning opportunity. Hugh described his qualifying as “a good effort, although a bit unfortunate to miss out on pole by such a small margin, but it’s all part of the process.” He shifted his focus to the race ahead and concentrated on getting a good start off the line as it would present strong opportunities for making up valuable positions.

In preparation for the first race, he took ample time to study with his engineer to determine the best overtaking areas so he could take advantage when the time came.

Hugh had to make up some ground after getting a poor start in the first race. After starting third on the grid, he dropped back to 5th but did not lose concentration. He shifted his focus towards tyre conservation and dipped slightly further back from the pack ahead in order to put himself in a more optimal position for the next race, while maintaining a small enough gap to provide him with the chance to charge forward should the opportunity arise. He didn’t have to wait long, as the opponent ahead made a mistake that sent him running wide off the track, giving Barter a clear window to overtake and move up into fourth.

It wasn’t the result he wanted, but he didn’t let it distract him from his overall objective this weekend.

Hugh lined up towards the back for the second race, with a reverse grid start meaning he would have to pick up the pace and take his racing up a notch in a very short distance. As racing got underway, Hugh had a strong start and moved up into 10th before making an additional two overtakes in the following laps. He soon found himself in an intense battle with his main competitor Esteban Masson, before Hugh pulled off a pass and moved forward to challenge for the 7th place spot.

Soon enough, a minor collision ahead between two drivers ahead allowed Hugh to benefit from the mishap and move up into 6th position, but it would be no walk in the park from there. He soon came under pressure from Capietto closing in behind, and had to defend strongly to maintain the lead over the challengers behind.

Hugh then went on to pull off a multi-corner overtake launch himself into 5th while his main competitors scuffled together behind, allowing him to build a gap and extend a slight lead to avoid further risk.

Another spin at the front of the pack further aided Hugh and helped him gain one more position with two laps left in the race. As he crossed the finish line, he secured his second fourth-place finish of the weekend, still hungry for a podium result. He was pleased with his performance, as the task of overtaking on such a difficult track proved to be a fun and fruitful challenge.

The third race on Sunday proved to be somewhat frustrating for the young driver. Hugh had a good start, and was initially able to pass Masson for fourth going into the first corner, but was also passed by a driver behind at the same time.

While he was able to make another overtake and move into a podium position, the drivers soon settled into a steady line and he felt stuck behind his opponent for the majority of the race as the track allowed for very limited passing opportunities given its narrow and tight nature. While searching for a weak point in Macéo Capietto’s driving, he attempted to pressure the driver in front into surpassing track limits following two prior warnings, but Capietto remained composed.

Hugh crossed the line in third, securing another podium this season. He felt very confident and highly focused in this race, and was extremely aware of his surroundings, which helped him in his quick decision making on track. He felt he was able to adapt to different racing lines and demonstrated his technical finesse.

As a whole, “the weekend ended off on a much better note than it started” according to the Australian. Yet he was not fully satisfied, expressing that the pace shown was promising, but the bad luck in qualifying left him wanting more. However, Hugh always chooses to focus on the positives, noting that his qualifying pace has been steadily improving and he has taken significant strides when reflecting on the previous three rounds. He is seeing constant improvements and he is consistently optimizing his performance.

When looking ahead to the next round, Hugh is excited and hopeful for what Italy will bring. “I’m really looking forward to Monza. In terms of racing, it’s a great track and provides me with more opportunities for wheel to wheel battles. Going into the next round, my goal is to remain calm and composed, and I’ll be taking the time to analyze my performance in order to implement the necessary changes to go into the next weekend in an even better position.”

The next round of the 2021 French F4 Championship will take place from September 24th to 26th at the Autodromo Nationale Monza in Italy. 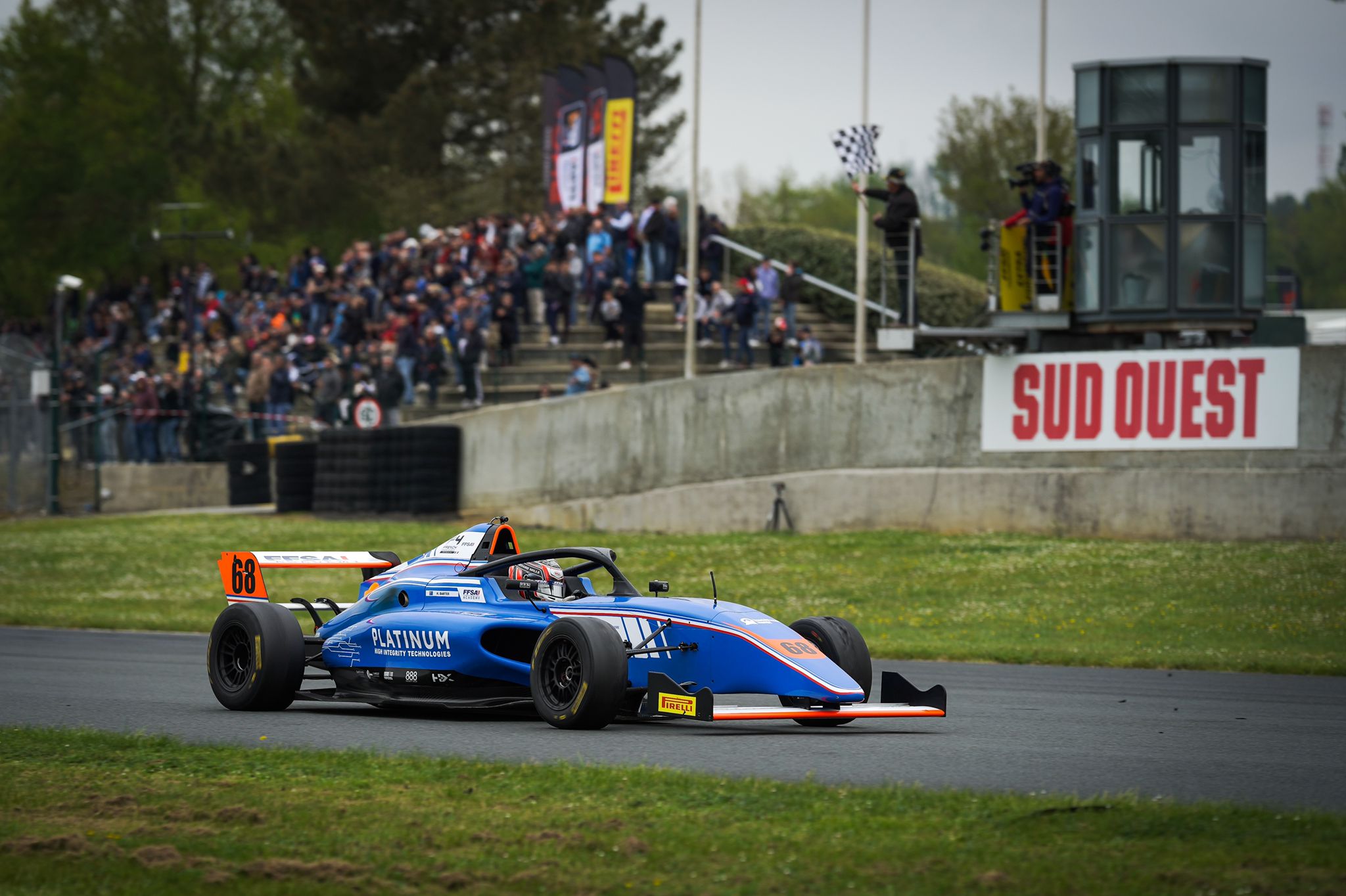 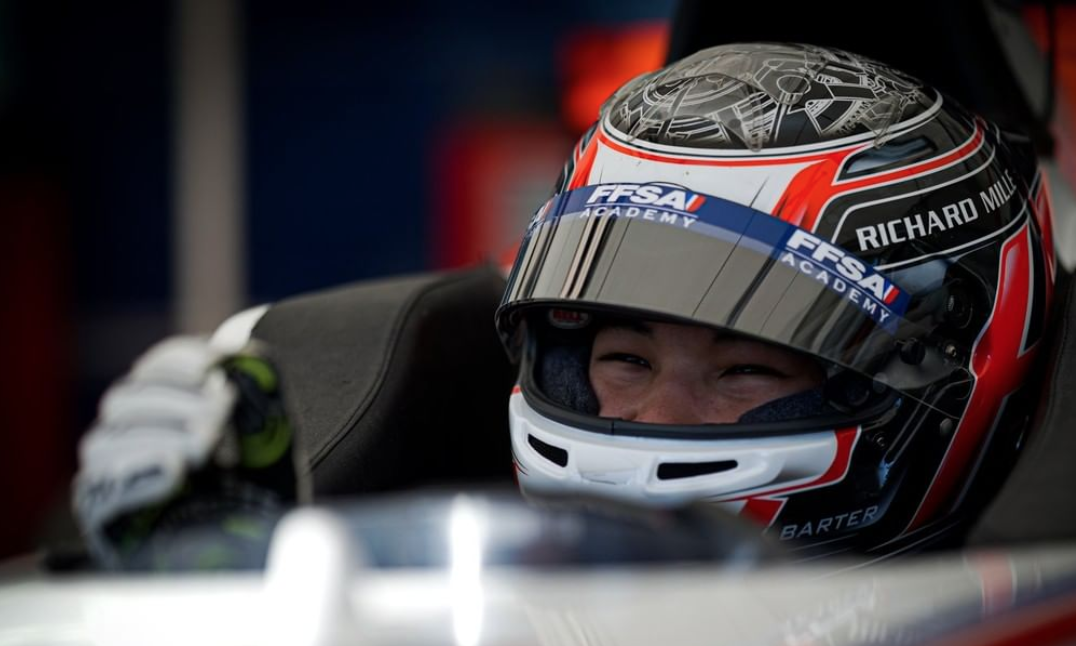 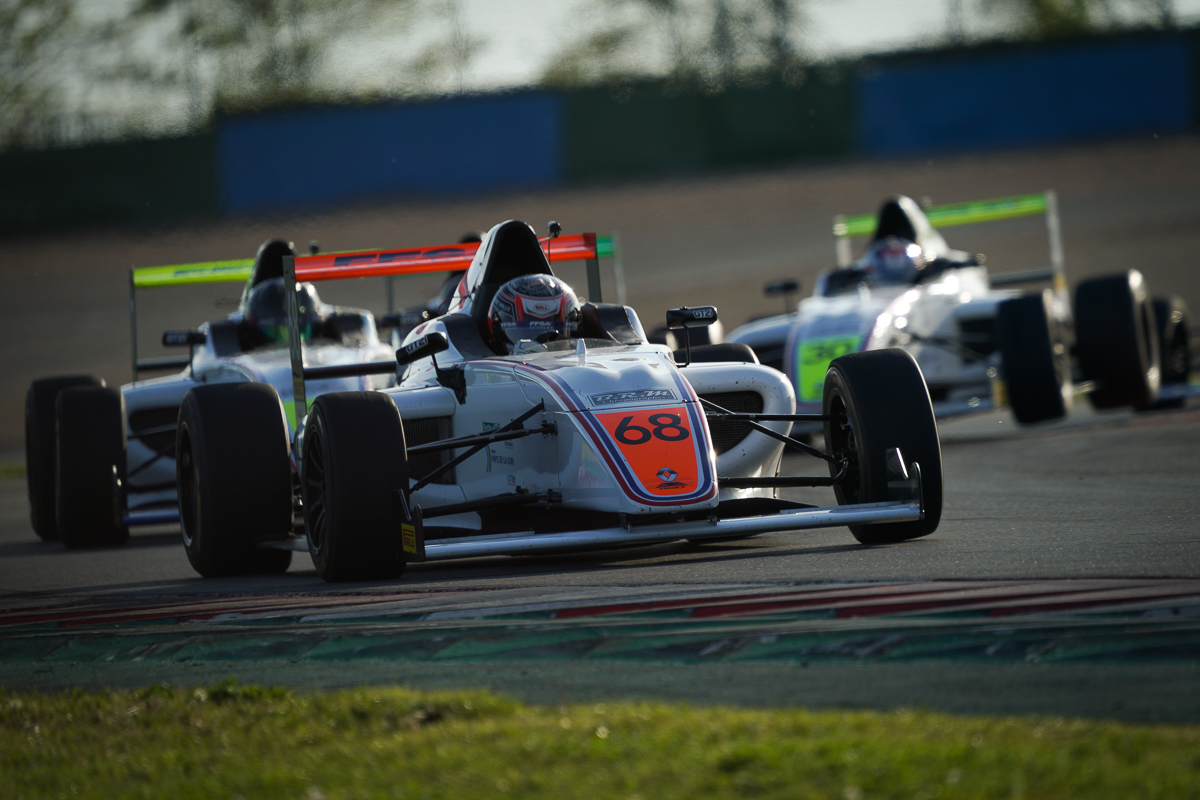 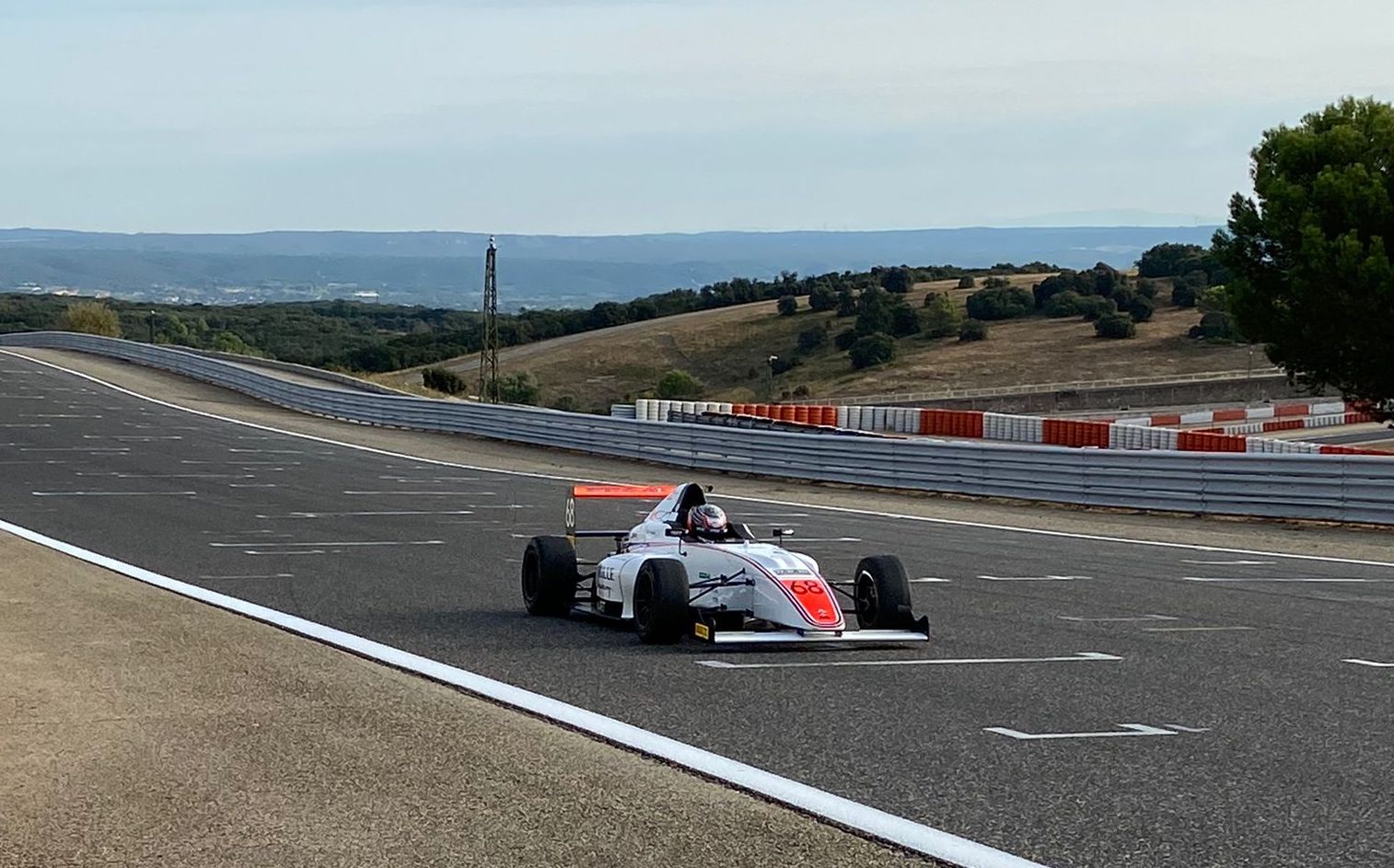 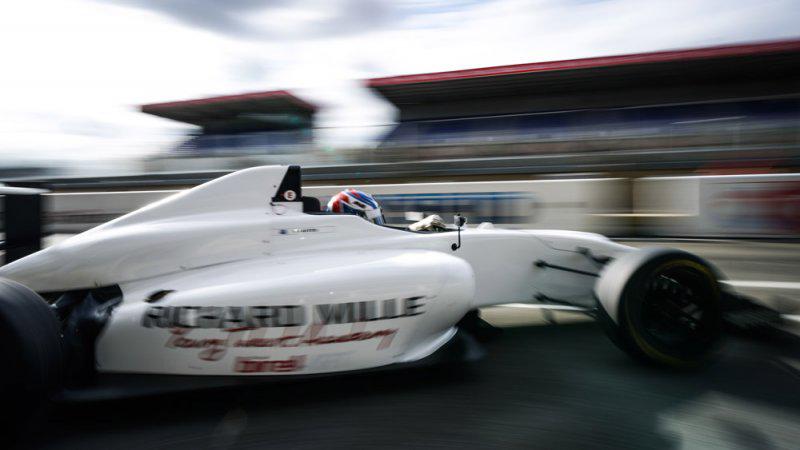